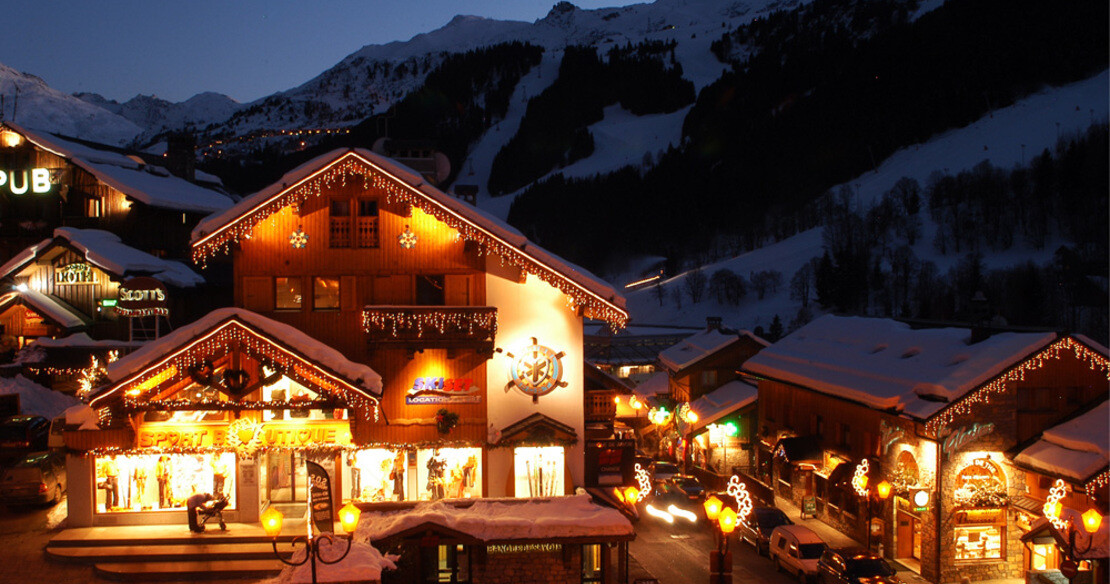 When Colonel Peter Lindsay came across Meribel in 1938 he vowed to return and create a ski resort. After the Second World War he duly returned and along with architect Christian Durupt he built the first chalets here.

Strict building guidelines were established from the outset and these made sure that any new building followed the local Savoyard style. As a result all the principal buildings and chalets have been built using the local stone, slate and wood. There is none of the concrete block architecture found in other purpose built French resorts which were developing at much the same time as Meribel. This has made Meribel the prettiest of the Three Valley ski resorts and with the afternoon sun shining on the Burgin side of the valley you can't beat it.

As Meribel developed in a slightly piecemeal manner, chalet by chalet, it was never laid as a purpose built ski resort in the same way that Flaine, Tignes, Les Arcs and Val Thorens were. Whereas this has created a ski resort of considerable charm it does mean that there are only a few ski in ski out properties here.

Apart from fantastic accommodation options in Meribel there are great ski schools, lots of apres ski options and further activities to do off the slopes. With around 200 generally queue-free modern lifts accessing over 600km of prepared pistes Meribel is very difficult to beat.

12 - 14 beds
Average price per pp week:
£994
View
Cookies help us deliver our services. By using our services, you agree to our use of cookies.